7 Most Common Birds That You Can Find In Singapore 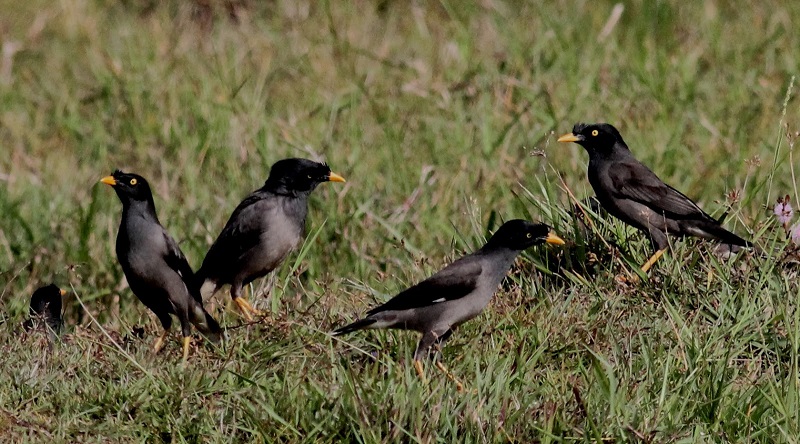 If you live or work in Singapore, you may often have the urge to know more about the city. In this article, we are going to talk about some of the most common birds you can find in this city. We will share some common facts about these birds.

This bird is called the white-vented mynah as well. For the first time, in 1920, this bird was brought from other countries to be kept as a pet bird.

As far as breeding and food are concerned, mynah is quite adaptable. It leaves its nests before other birds in order to eat road kills, fruits, leftover human food, and insects.

Often, these birds get together in big flocks consisting of 30 birds. You can find sitting on TV antennas and feeding on different types of fruits in gardens. At night, you can find them in big communal flocks and roosts. Their voice sounds like a whistle.

The male pigeon is more colorful than the female. Often, their nests are in trees. Rarely they are found on the ground. Typically, they get down only when they have to drink water.

The pair helps each other incubate the eggs and the nest. Typically, the male rests in the nest throughout the day, and the female comes back in the evening. Unlike other birds, doves and pigeons don't have oil-producing glands. So, their feathers are not waterproof.

You can find this bird in almost every park and garden. In gardens, they can be seen flying around flowering shrubs. Usually, it's cup-like nest is made of plastic strips, raffia pieces, tissue paper, and plant stuff.

They feed on caterpillars, beetles, grasshoppers, and ants. After having their meal, they like to bathe and preen.

You can find these birds breeding in the arctic and sub-arctic parts of the world. Usually, they fly to other countries, such as New Zealand, Australia, and Asia during the colder months of the year.

In Singapore, you can find them in September and November. Their long bills to feed on marine animals and crustaceans.

Whimbrel was seen at Sungei Buloh Wetland Reserve after a long time in 2014.

In Singapore, you can find this beautiful bird on the shores. They feed on insects, spiders, worms, marine, and crabs, to name a few. This bird can fly thousands of miles without getting tired. They fly in flocks of hundreds of birds.

In Singapore, they arrive in late August. In April, they fly back to their original sites.

You can identify the common redshank from its red legs. But the juveniles don't have red legs. Their legs are greenish-yellow. These nervous birds are often seen flying around the sandy shores.