Shocking, 12 Bollywood stars that we thought Indian is actually foreigners 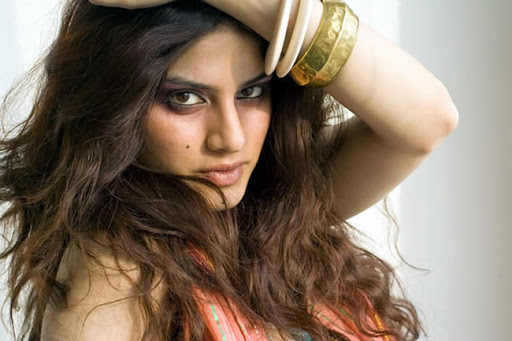 Did you know these Bollywood heroines hold foreign citizenship? Here we have listed your favourite bollywood stars who are not Indian citizens.

This Afghan Jalebi holds the British citizenship. She was born in Hong Kong. She was a fashion model and became famous with bollywood film "Maine Pyaar Kyun Kiya" and "Namaste London".

Nargis was born in Queens, New York. Her father is Pakistani and her mother is Czech. She debut in bollywood with a female lead role in Rockstar, for which she was nominated for Filmfare Award for Best Female Debut.

This Sri Lankan beauty too is a loved name in Indian cinema. She looks gorgeous and true-fit in every role that she portrays.

Khamoshiyan fame actress Sapna Pabbi hails from London and holds a British passport. And with dual citizenship prohibited in Indian, Pabbi cannot be an Indian citizen.

Amy Jackson is a British film actress and model active in Indian film industry. She got popular from her Tamil movie "I".

Evelyn Sharma is a German model and actress. She was born in Frankfurt, Germany to a German mother and a Punjabi Indian Father. She holds German citizenship.

Born and brought up in Puducherry, Kalki is from a French descent. But all illusions of her origin are washed away when she starts speaking in Hindi fluently, sans any accent.

Already an established singer-actor in Pakistan, he is loved by all and sundry in Bollywood too. His movies might have done average, but that did nothing to reduce his popularity here.

The intense looking actor of Humsafar fame made his debut with Disney’s Khoobsurat, and has even got accolades for perfectly portraying the role of a Prince. We can’t wait to watch him in Kapoor & Sons.

Elli Avram’s connection with Bollywood began long before she made her acting debut. In fact, this Swedish Greek actress was a member of the prominent Pardesi Dance Group in Sundeyberg, which performed to Bollywood numbers all over Scandinavia. Although she gained mild stardom in Sweden, after acting in the 2008 crime drama romance film “Förbjuden Frukt”, it is in India, that Elli was actually recognised.

Bollywood’s fitness enthusiast Akshay Kumar is also not an Indian citizen. He was born in Amritsar, Punjab as Rajiv Hari Om Bhatia and was brought up his Delhi. He holds a Canadian passport and gave up Indian citizenship after he accepted his ‘honorary Canadian citizenship’.
Follow us on Twitter or Facebook for latest stories.
Send us your stories at ownermechieboy@gmail.com
Admin June 29, 2020
Next article Next Post
Previous article Previous Post
Add Your Comments
‹ Newer Post Older Post › Home
Subscribe to: Post Comments (Atom)