Allu Arjun’s look in his upcoming film, Naa Peru Surya, has become the talk of the town! He is performing the role of an army officer in his upcoming movie. The actor has released a poster of the film wherein he is seen driving a jeep in military-coloured clothes while smoking a cigar.

The actor, who plays an army man in the film, has also put on weight for the role. The film also stars Anu Emmanuel as the lead actress and Allu Arjun is playing the lead roleThe film is being written and directed by Vakkantham Vamsi. Apart from the lead pair, the film has other stars like Arjun, Boman Irani, Nadhiya, Rao Ramesh and Sarath Kapoor in supporting role. The music is given by the bollywood duo Vishal Shekhar. 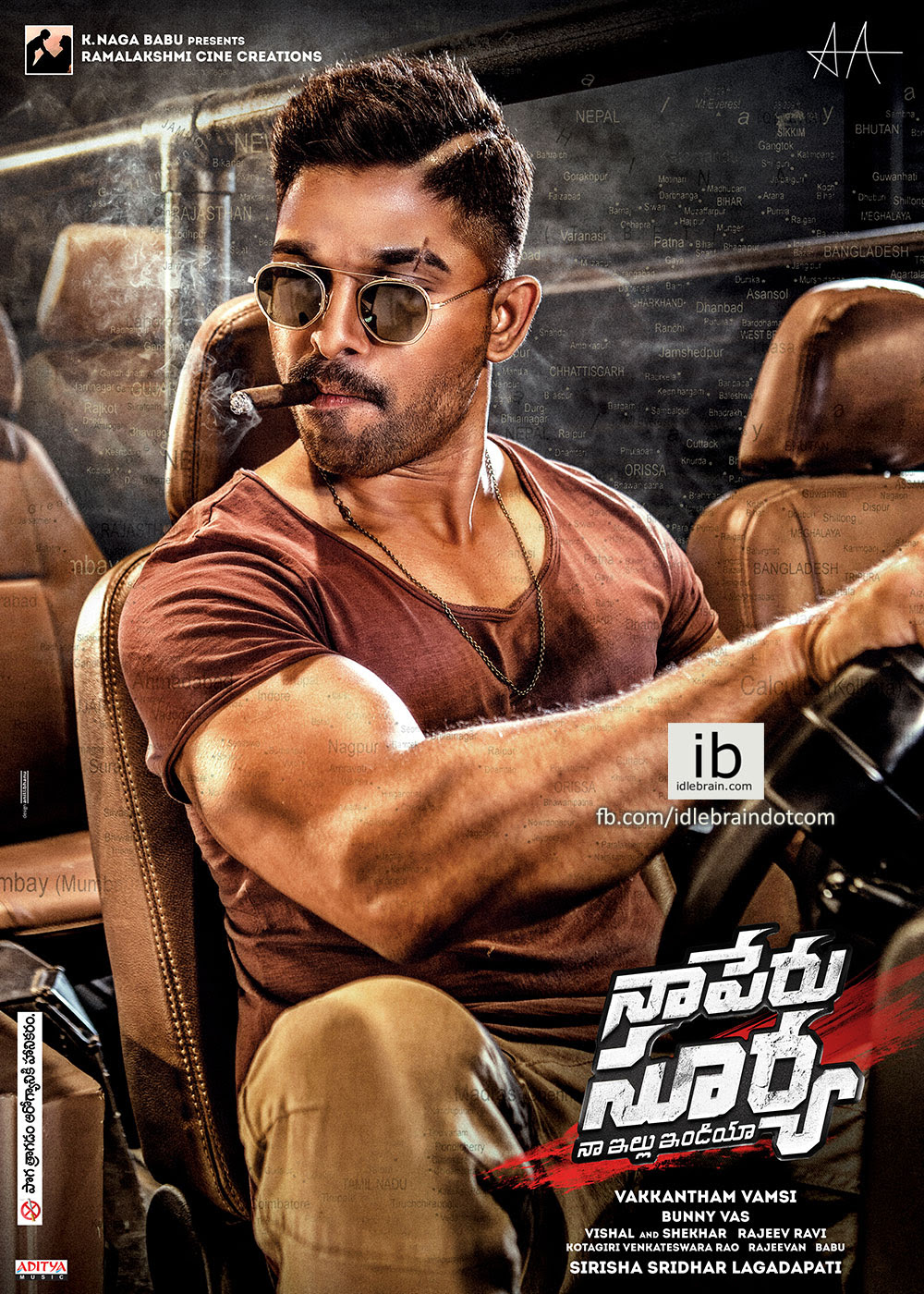 The producer of the film, Lagadapati Sridhar says that “We are shooting in and around Hyderabad at present and it will continue till the 14th of this month,”