Home Entertainment Hollywood #AvengersInfinityWar Who's Going to Die? Not a spoiler

#AvengersInfinityWar Who's Going to Die? Not a spoiler

So Guys Avengers Infinity War is going to be release tomorrow and we are all very excited about it. Already 50k+ tickets has been sold. Some of the expressions being recognized while marketing Avengers: Infinity War are “the end”, “culmination of everything”, “it all ends here”, “final battle” which is said to be very crucial one. But everybody knows this is not the real end of the movie Avengers Infinity War. Seeing how profitable Marvel Cinematic Universe (more than 15 billion in earnings apart from merchandise and other stuff), neither Disney nor MarvelStudios are somehow in no mood to end it in these coming days.

This one is another Avengers movie post series of some Avengers movie which is as known untitled as the Avengers 4. If Infinity War were the end, what will happen next or what is the crux of the story? Buys Avengers theme T-Shirts starting from Rs 479

Oh, I know the end of the movie Avengers Infinity War is referred to the end of a few superheroes – actually one big one like Iron Man or Captain America. Or perhaps, the whole lot of the old guard which firstly came together in The Avengers.

Thanos is touted as one powerful character than any other in this MCU even without a single Infinity Stone. Once he received all of them, he will be unstoppable.


Here are some likely characters who can be meet with their maker at the hands of Thanos or his Black Order. 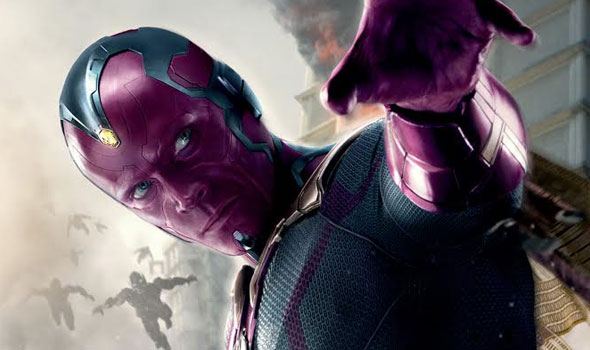 Vision: Perhaps the main character in Infinity War is most likely to die. The Mind Stone is a part of his body and Thanos will almost certainly get possession of this Infinity War. There is only one way which can go and the Vision is killed, and Thanos puts the Infinity Stone in the gauntlet with a smirk.

Loki: The Trickster has had a confused journey in MCU which makes him the main villain of The Avengers where he was responsible for the infamous genocide. I think now the time has come when the Loki will be dying. Of course, he has ‘died’ many times, but he just come back in the Infinity War – for good this time. Looking at how Marvel will make him look sympathetic, he will likely sacrifice himself somehow in order to save Thor or Asgardians. Buy Avengers Toys and Action figures

Captain America: The kid who would always stand up to the bullies can this time die in the Infinity War. The biggest reason is to catch the attention of the Thanos- and he may be a heavily-muscled super-soldier, so he will stand against the Mad Titan, even with no the Infinity Stones. Nebula: Though, fans will not like to see Karen Gillan dying – the actress who essays the character – has strongly hinted she can prove herself the all-time-female MCU movie. But then, this is the Infinity War storyline, which is based on a comic. People come back and then the Doctor Strange may go back to your old ways which will be reflected in the timeline. Upto 50% discounts on Avengers themed School Hawkeye: Poor Jeremy Renner is missing from the marketing and promotion. One reason may be that he is not part of the movie or maybe he will be die in process of saving Ronin (a personality of Hawkeye in comics). Buy Avengers Theme Phone Cases and Covers.


Who will not die

I know trailers give us hint that the Iron Man can perhaps die in Infinity War, which is just a red herring. It is just too obvious, for him to getting punched by Thanos. Also, Black Panther, Doctor Strange, Spider-man will be definitely going to be alive. Their franchises have just begun and they are certain to get sequels of their respective films. Also, they are said to lead the Avengers once old guard who will be either killed or retired.