Home celebrities Top 10 Most Followed Global Celebrities On Instagram - Checkout Is Your Fav In List Or Not ! 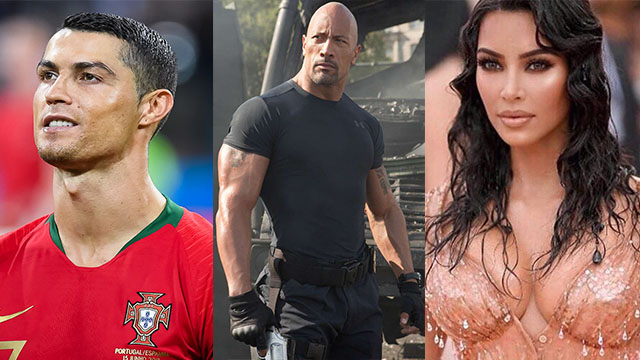 Instagram is a photo-sharing social networking service that enables users to take pictures and edit them with filters. The platform allows users to post and share their images online and directly with their friends and followers on the social network.

Portuguese professional footballer Cristiano Ronaldo heads the ranking of the most popular Instagram accounts. He is the most-followed person on the photo sharing app platform with more than 175 million followers.

Ariana Grande is an American singer, songwriter, and actress. She began her career in 2008 in the Broadway musical 13. She made her first musical appearance on the soundtrack for Nickelodeon series Victorious (in which she acted) and was signed to Republic Records in 2011. She has 159 million followers on Instagram. She was named Women of the year in 2018.

Selena Gomez is an American actress, singer and producer. She gained popularity from her show Barney & Friends and Disney's Wizards of Waverly Place. She was the most followed Instagrammer in the world until footballer Cristiano Ronaldo surpasses her in 2018. She has now 153 million followers on Instagram.