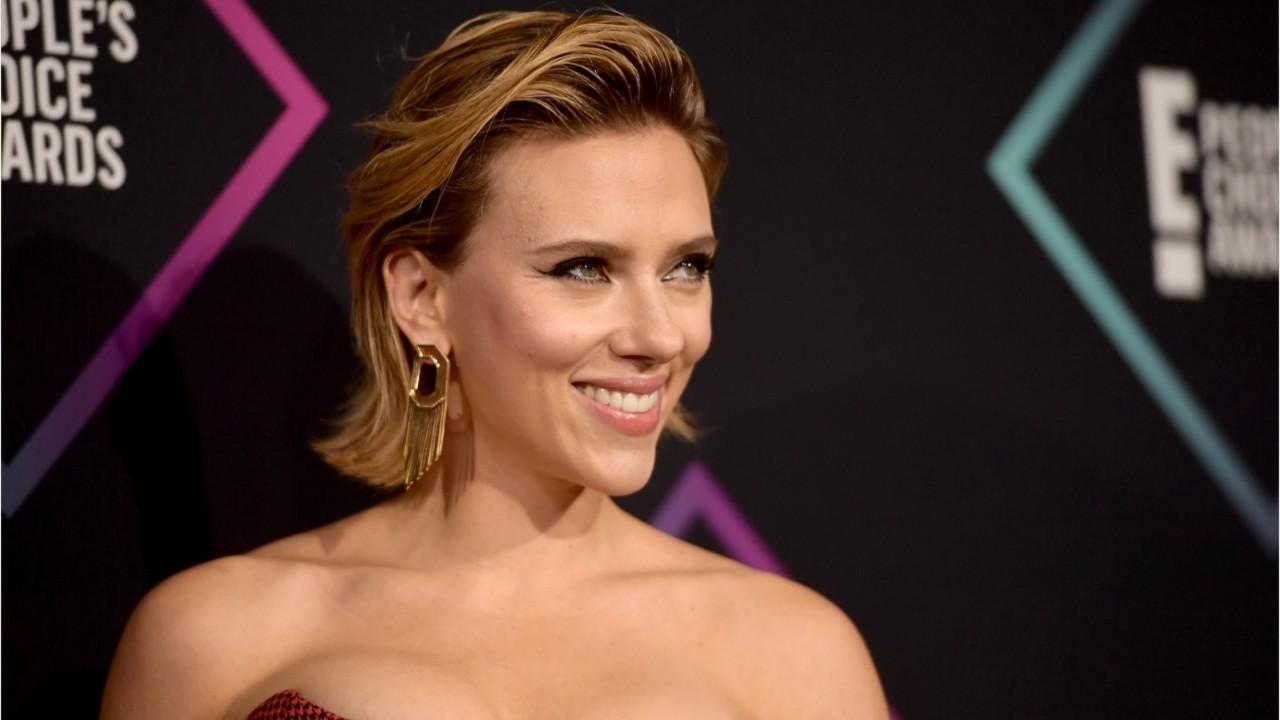 Only two women make Forbes' top 10 best-paid actors list. Scarlett Johansson has topped Forbes' list of best-paid actresses for a second year - but is only the eighth highest paid actor overall. The 34-year-old's income of $56m (£45.7m) lands her below seventh-placed male actor Adam Sandler. She earned $15.5m (£12.6m) more than she did in 2018, thanks largely to the success of Avengers: Endgame.

Modern family actor Sofia Vergara is the only other woman to break into the overall top 10.

Earlier this week, Dwayne Johnson was announced as the highest-paid actor of the last 12 months, making $89.4m (£73.6m) according to the latest annual rankings from the financial experts.

Notably all of the top 10 actresses earned above $20m (£16.3) this year, compared with last year when only the top two - Johansson and Angelina Jolie made that amount.

Johansson is set to reprise her title role in the Avengers spin-off Black Widow next year.

Meanwhile, Jolie - who earned $28m (£22.8) in 2018 - drops out of this year's top 10 due to increased earnings for several of the highest earners in the top 10. She is currently acting in and producing two forthcoming films - Maleficent: Mistress of Evil and The One and Only Ivan.

Other names to drop out of the top 10 this year include Mila Kunis, Julia Roberts, Cate Blanchett, Melissa McCarthy and Gal Gadot.

Dwayne Johnson - aka The Rock - climbed from his number two placing last year - despite his earnings actually being less than the $119m (£98.1m) he made in 2018.

Last year's number one actor George Clooney has dropped out of the top 10. That's because his high earnings on 2018's list were down to the sale of his tequila company, in a deal worth $1bn (£753m).

The lists include celebrities' overall earnings, including brand endorsements and don't solely consist of payments for acting.

Johnson's endorsements include sportswear firm Under Armour. In the last year, he has starred in the Fast & Furious spin-off Hobbs & Shaw, Skyscraper and has produced films like Fighting with My Family and Shazam. Later this year, he will star in Jumanji: The Next Level alongside Kevin Hart and Jack Black.

Bradley Cooper has re-entered the top 10 for the first time since 2015 thanks in large part to directing, co-writing, co-producing and starring in the Oscar-winning A Star Is Born. He is the sixth highest earner at $57m (£46.9m)

Having only appeared in one major film in the last year (Aladdin), Will Smith is down slightly this year, with his earnings of $35m (£28.8m) placing him 10th.

Bollywood star Akshay Kumar is one of the most significant climbers, moving up to number four with earnings this year of $65m (£53.5m)